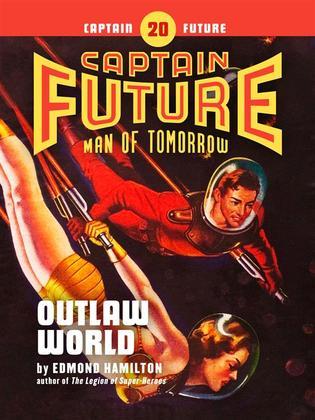 On the trail of malevolent space pirates, Curt Newton and the Futuremen combat the evil machinations of the Uranian Ru Ghur, who plans the total destruction of the Universe!

The Captain Future saga follows the super-science pulp hero Curt Newton, along with his companions, The Futuremen: Grag the giant robot, Otho the android, and Simon Wright the living brain in a box. Together, they travel the solar system in series of classic pulp adventures, many of which written by the author of The Legion of Super-Heroes, Edmond Hamilton.