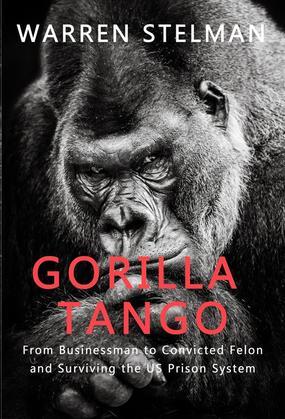 After losing all his money in a business venture gone wrong, Warren Stelman does the unthinkable. He gets involved in a sweepstakes scam and makes dirty money.

In August of 2012, his world comes crashing down when he is arrested by Interpol in Santo Domingo and extradited to the Southern District of New York by the United States Government to face justice for the crime he committed.

This is his story—his journey through hellish conditions in third-world jails, fourteen months in the super-max Metropolitan Correctional Center, New York, and four more years in a United States Federal prison.

Released in January 2018, he is now home and reunited with his wife and four children. In Gorilla Tango, he recounts the harrowing events that took him from a cushy life-style in the Caribbean to the bowels of prison and how at fifty-three years old he had to adapt to survive in a brutal, violent and unforgiving world. It is a story of personal redemption, spiritual growth, and survival.