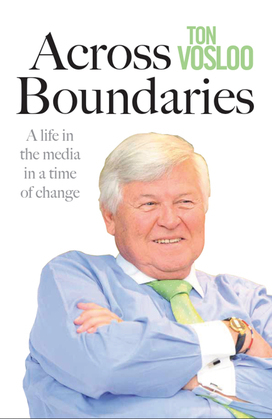 Ton Vosloo’s remarkable career in the media spanned nearly 60 years in South Africa’s history. During this turbulent time, South Africa went through the transition from Afrikaner Nationalist rule to an ANC government. At the helm of the leading press group founded in 1913 to support nascent Afrikaner nationalism, Vosloo’s story is not just one of newspapers and politics but also one of singular business and commercial success as the Naspers Group evolved from a print group to an electronic company with significant investments across the world.

In 1983 Vosloo was appointed managing director of Naspers and set about vigorously transforming the group. On the ideological front, it was a fight to the death with the old Transvaal’s predominantly right-wing Perskor Group for the soul of the Afrikaner. On the commercial front, Vosloo established the pay television network M-Net. In 1992, Vosloo became chairman of Naspers with Koos Bekker succeeding him as CEO. The story of Naspers’ successes in investing in Chinese internet company Tencent and in establishing a footprint in 130 countries is a continuing one, but one begun under Vosloo’s stewardship.

In Across Boundaries, Vosloo gives his account of these momentous times with wry humour and a journalist’s deft pen.