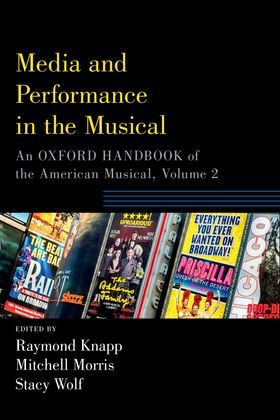 Media and Performance in the Musical

For the past several years, the American musical has continued to thrive by reflecting and shaping cultural values and social norms, and even commenting on politics, whether directly and on a national scale (Hamilton) or somewhat more obliquely and on a more intimate scale (Fun Home). New stage musicals, such as Come from Away and The Band's Visit, open on Broadway every season, challenging conventions of form and content, and revivals offer audiences a different perspective on extant shows (Carousel; My Fair Lady). Television musicals broadcast live hearken back to 1950s television's affection for musical theatre and aim to attract new audiences through the accessibility of television. Film musicals, including Les Misérables and Into the Woods, capitalize on the medium's technical capabilities of perspective and point of view, as well as visual spectacle. Television has embraced the genre anew, and with unexpected gusto, not only devising musical episodes for countless dramatic and comedy series, but also generating musical series such as Galavant and Crazy Ex-Girlfriend. And animated musicals, such as Disney's Moana, hail child and adult audiences with their dual messages, vibrant visual vocabulary, and hummable music.

The chapters gathered in this book, Volume II of the reissued Oxford Handbook, explore the American musical from the various media in which musicals have been created to the different components of a musical and the people who do the work to bring a musical to life.