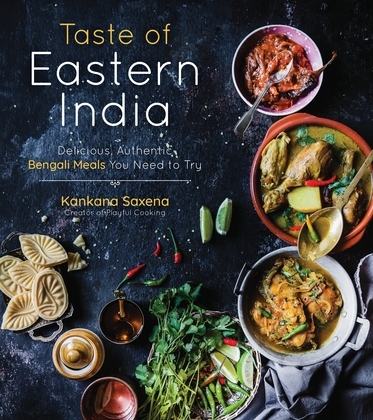 The Vibrant Flavors of Bengali Cuisine Brought to Your Home Kitchen

Each recipe preserves the authenticity of traditional Indian cuisine but with a modern approach specific to the Eastern region--such as Chicken Shingara, which is similar to an Indian samosa but in Kolkata they're smaller, spicier and deep-fried. There's Chaana Kaju Torkari, which features paneer (Indian cottage cheese) that is rolled into dumplings for a hearty stew. Meanwhile, Fulkobi Aachaar reinvents Indian spiced cauliflower as a show-stopping pickled condiment.

Brimming with culinary tradition and adventure, this rich collection of recipes transports you to the bustling streets of Kolkata, where the food is as fun to make as it is to eat.