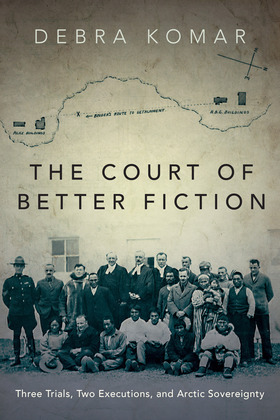 The Court of Better Fiction

In its rush to establish dominion over the North, Canada executed two innocent Inuit men.

In 1921, the RCMP arrested two Copper Inuit men under suspicion that the two had murdered their uncle. Both men confessed to the crime through a police interpreter, though the “confession” was highly questionable.

The Canadian government used the case to plant their flag in the north, but the trial quickly became a masterclass in judicial error. Correspondence among the key players reveals the trial’s outcome was decided months before the court was even convened. Authorities were so certain of a conviction that the executioner and gallows were sent north before the trial began.

The precedent established Canada’s legal relationship with the Inuit, who would spend the next seventy-seven years fighting to regain their autonomy and indigenous rule of law. Drawing on files long buried in restricted files in the national archives, The Court of Better Fiction reveals the disgraceful incident and its fallout in unprecedented detail.