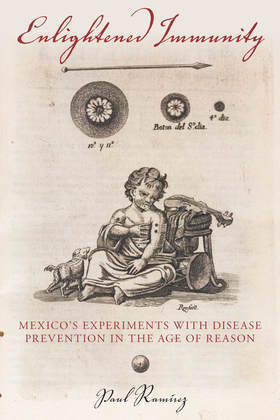 A history of epidemics and disease management in eighteenth- and early nineteenth-century Mexico, this book focuses on the multiethnic production of enlightened medical knowledge and traces shifts in how preventive treatment and public health programs were perceived and implemented by ordinary people. Paul Ramírez reconstructs the cultural, ritual, and political background of Mexico's early experiments with childhood vaccines, stepping back to consider how the public health response to epidemic disease was thoroughly enmeshed with religion and the church, the spread of Enlightenment ideas about medicine and the body, and the customs and healing practices of indigenous villages.

Ramírez argues that it was not only educated urban elites—doctors and men of science—whose response to outbreaks of disease mattered. Rather, the cast of protagonists crossed ethnic, gender, and class lines: local officials who decided if and how to execute plans that came from Mexico City, rural priests who influenced local practices, peasants and artisans who reckoned with the consequences of quarantine, and parents who decided if they would allow their children to be handed over to vaccinators. By following the public response to anti-contagion measures in colonial Mexico, Enlightened Immunity explores fundamental questions about trust, uncertainty, and the role of religion in a moment of medical discovery and innovation.