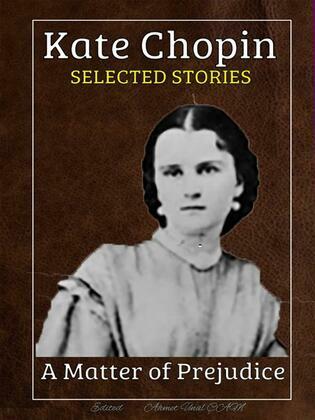 A Matter of Prejudice

A December Day in Dixie

A Matter of Prejudice

A Pair of Silk Stockings

At the 'Cadian Ball

The train was an hour and a half late. I failed to hear any complaints on that score from the few passengers who disembarked with me at Cypress Junction at 6:30 a.m. and confronted an icy blast that would better have stayed where it came from. But there was Emile Sautier’s saloon just across the tracks, flaunting an alluring sign that offered to hungry wayfarers ham and eggs, fried chicken, oysters and delicious coffee at any hour.

Emile’s young wife was as fat and dirty as a little pig that has slept over time in an untidy sty. Possibly she had slept under the stove; the night must have been cold. She told us Emile had come home “boozy” the night before from town. She told it before his very face and he never said a word – only went ahead pouring coal-oil on the fire that wouldn’t burn. She wore over her calico dress a heavy cloth jacket with huge pearl buttons and enormous puffed sleeves, and a tattered black-white “nubia” twined about her head and shoulders as if she were contemplating a morning walk. It is impossible for me to know what her intentions were. She stood in the doorway with her little dirty, fat, ring-bedecked hands against the frame, seeming to guard the approach to an adjacent apartment in which there was a cooking stove, a bed and other articles of domestic convenience.

In his indifference to fate, the youth had lost an eye, a summer or two ago, and now he was saving no coal-oil for the lamps.