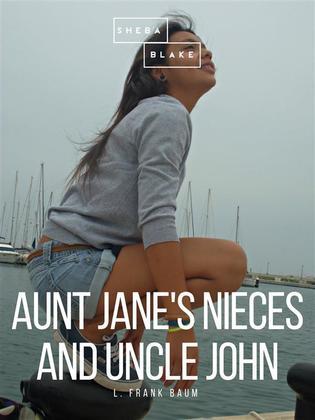 In the sixth of the series of ten adventure stories that Wizard of Oz writer L. Frank Baum penned for young adults, wealthy magnate and world traveler Uncle John proposes that the family escape the winter chill of New York with a sojourn in sunny southern California. However, what starts out as a pleasant journey is soon beset by problems and travails. Will the weary travelers ever make it to their destination?

L. Frank Baum (May 15, 1856 – May 6, 1919) was an American author chiefly famous for his children's books, particularly The Wonderful Wizard of Oz and its sequels. He wrote a total of 14 novels in the Oz series, plus 41 other novels, 83 short stories, over 200 poems, and at least 42 scripts. He made numerous attempts to bring his works to the stage and the nascent medium of film; the 1939 adaptation of the first Oz book would become a landmark of 20th century cinema. His works anticipated such century-later commonplaces as television, augmented reality, laptop computers (The Master Key), wireless telephones (Tik-Tok of Oz), women in high-risk and action-heavy occupations (Mary Louise in the Country), police corruption and false evidence (Phoebe Daring), and the ubiquity of advertising on clothing (Aunt Jane's Nieces at Work).