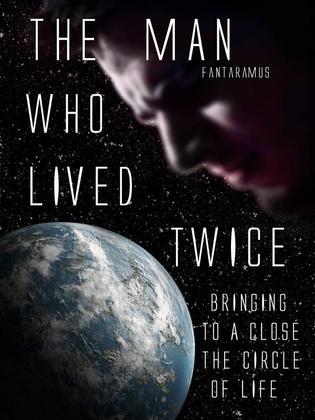 The Man Who Lived Twice

In Italy, a man on his way home from a business trip has a car accident and slips into a deep coma. He finds himself in an unknown dimension, before a mysterious supernatural being that exhorts him to tell him about his life.

Thanks to the good behavior he demonstrated during his life, it is decided that he is destined for a heavenly place. There, he can do things that would have been impossible in life, and he can have a glance from above of the family that he has left behind on the Earth.

Having planned to carry out good deeds for the benefit of the weak and needy of Earth, he is allowed to return there, and, beyond all hope, he wakes up from his coma.

He is able to return to his wife and children, but he is also faced with many difficulties. With each passing day, he feels more and more nostalgia for the afterlife, and his family life becomes a prison for him. One day, he leaves on a long journey south, to other regions in Italy, in search of himself. He devotes his life to helping people and animals that are suffering. But the stumbling blocks become bigger and bigger, while his nostalgia becomes deeper and deeper, just as does his desire to return to that heavenly realm to bring to a close the circle of a life which he has lived twice.

Fantaramus, or, rather, the man who hides behind this pseudonym, has decided to unearth an old story that he has kept tucked away for a long time. This is his first novel, with others to come.