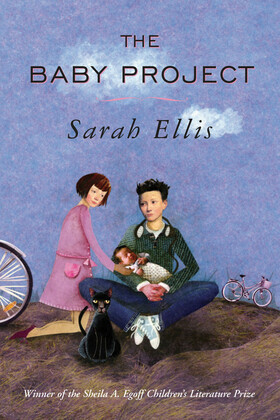 Jessica knew that the family meeting Dad had called for that evening probably wouldn't be good news. Family meetings usually meant Mum talking a lot and then the whole family getting involved in some project that left everything in a mess until they gradually forgot about it. But at school that day, Jessica forgot about the meeting. A teacher announced a new class project: They were to choose partners, pick an animal to study and present a paper. Jessica's partner would be her best friend, Margaret.

And so it was Margaret whom Jessica called with the tremendous news from the family meeting: Mum was pregnant. Margaret was nearly as excited as Jessica, and very quickly the two of them decided that instead of studying the duck-billed platypus for the school project, they would study babies. But all their reading, discussions and research did not prepare Jessica or her family for the drastic changes baby Lucie would bring to their lives.