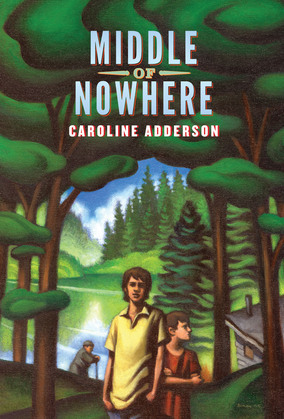 Winner of the Sheila A. Egoff Children’s Literature Prize, shortlisted for the CLA Book of the Year for Children Award and the Manitoba Young Readers' Choice Award, and selected as an OLA Best Bet for 2012

At first Curtis isn't that worried when his mother doesn't come home from her all-night job at the local gas bar. She'll be back, he's ten out of ten positive. After all, she promised she would never leave him again.

Besides, Curtis is used to looking after himself and his five-year-old brother, Artie, and for a time he manages things on his own, keeping their mother's absence a secret. He knows exactly what will happen if any of the teachers find out the truth. He remembers his last horrible foster home all too clearly.

Curtis gets pretty good at forging his mother's signature, but when the credit card maxes out and the landlord starts pressuring for the rent, it's more than a twelve-year-old can handle. Just in time, Curtis and Artie make friends with Mrs. Burt, the cranky, lonely old lady who lives across the street. And when the authorities start to investigate, the boys agree to go with Mrs. Burt to her remote cabin by the lake, and the three of them abscond in her 1957 Chevy Bel Air.

At the lake, the boys' days are filled with wood-chopping, outhouse-building, fishing, swimming and Mrs. Burt's wonderful cooking. But as the summer sails by, Curtis can't stop thinking about his mother's promise.

Then the weather grows colder, and Mrs. Burt seems to be preparing to spend the winter at the cabin, and Curtis starts to worry.

Have they really all just absconded to the lake for a summer holiday? Or have the two boys been kidnapped?

Set in Vancouver and the B.C. wilderness (the trip to the cabin involves a hilarious white-knuckled road trip through Hope), this is a book that reflects Caroline Adderson's many writerly strengths -- her "wit and a facility for dialogue, good pacing and a brisk, clean prose style" (Globe and Mail), her "close observation of telling details" (Quill & Quire) and her ability to "celebrate a child’s imagination in a realistically humorous way" (Canadian Materials).