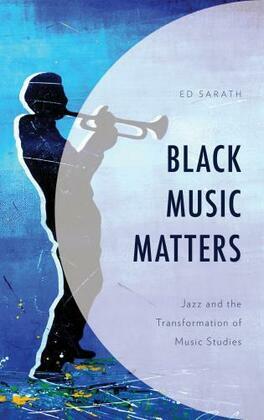 Black Music Matters: Jazz and the Transformation of Music Studies is one of the first books to promote the reform of music studies with a centralized presence of jazz and black music to ground American musicians in a core facet of their true cultural heritage. Ed Sarath applies an emergent consciousness-based worldview called Integral Theory to music studies while drawing upon overarching conversations on diversity and race and a rich body of literature on the seminal place of black music in American culture.

Combining a visionary perspective with an activist tone, Sarath installs jazz and black music in as a foundation for a new paradigm of twenty-first-century musical training that will yield an unprecedented skill set for transcultural navigation among musicians. Sarath analyzes prevalent patterns in music studies change discourse, including an in-depth critique of multiculturalism, and proposes new curricular and organizational systems along with a new model of music inquiry called Integral Musicology. This jazz/black music paradigm further develops into a revolutionary catalyst for development of creativity and consciousness in education and society at large.

Sarath’s work engages all those who share an interest in black-white race dynamics and its musical ramifications, spirituality and consciousness, and the promotion of creativity throughout all forms of intellectual and personal expression.