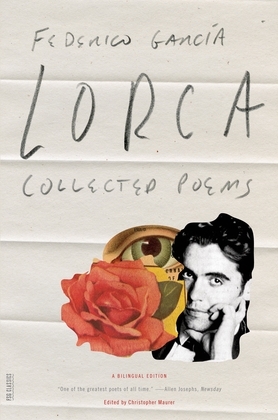 A revised edition of this major writer's complete poetical work

And I who was walking
with the earth at my waist,
saw two snowy eagles
and a naked girl.
The one was the other
and the girl was neither.
-from "Qasida of the Dark Doves"

Federico García Lorca was the most beloved poet of twentieth-century Spain and one of the world's most influential modernist writers. His work has long been admired for its passionate urgency and haunting evocation of sorrow and loss. Perhaps more persistently than any writer of his time, he sought to understand and accommodate the numinous sources of his inspiration. Though he died at age thirty-eight, he left behind a generous body of poetry, drama, musical arrangements, and drawings, which continue to surprise and inspire.

Christopher Maurer, a leading García Lorca scholar and editor, has brought together new and substantially revised translations by twelve poets and translators, placed side by side with the Spanish originals. The seminal volume Poet in New York is also included here in its entirety.

This is the most comprehensive collection in English of a poet who?as Maurer writes in his illuminating introduction?"spoke unforgettably of all that most interests us: the otherness of nature, the demons of personal identity and artistic creation, sex, childhood, and death."