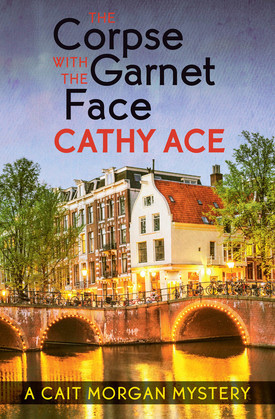 The Corpse with the Garnet Face

The seventh book in the Cait Morgan series finds the eccentric Welsh criminologist–sleuth accompanying her husband Bud to Amsterdam to try to unravel a puzzling situation.

To Bud’s surprise, he discovers he has a long-lost uncle, Jonas, who’s met an untimely death. Bud's mother assures him Jonas was a bad child, but, from beyond the grave, Uncle Jonas begs his nephew to visit the city he adopted as his home to delve into the life he built for himself there, founded on his passion for art.

With an old iron key as their only clue, Cait and Bud travel to Amsterdam to solve the cryptic message left by Jonas—and to honor the final wishes of a long-lost relative.