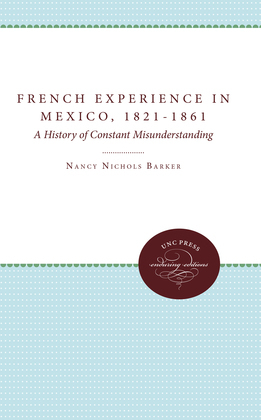 This is the first scholarly appraisal of relations between France and Mexico from the time Mexico achieved independence until Emperor Napoleon III decided to intervene and place Maximilian on the Mexican throne. Barker shows that economic, political, demographic, and behavioral factors led to chronic friction between the two countries and contributed to the buildup of an ideology of intervention.