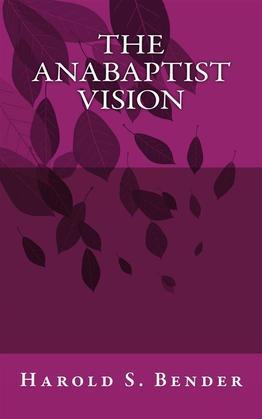 “Judged by the reception it met at the hands of those in power, both in Church and State, equally in Roman Catholic and in Protestant countries, the Anabaptist movement was one of the most tragic in the history of Christianity; but, judged by the principles, which were put into play by the men who bore this reproachful nickname, it must be pronounced one of the most momentous and significant undertakings in man’s eventful religious struggle after the truth. It gathered up the gains of earlier movements, it is the spiritual soil out of which all nonconformist sects have sprung, and it is the first plain announcement in modern history of a programme for a new type of Christian society which the modern world, especially in America and England, has been slowly realizing—an absolutely free and independent religious society, and a State in which every man counts as a man, and has his share in shaping both Church and State.”