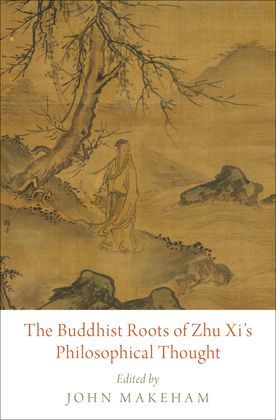 Zhu Xi (1130-1200) is the most influential Neo-Confucian philosopher and arguably the most important Chinese philosopher of the past millennium, both in terms of his legacy and for the sophistication of his systematic philosophy. The Buddhist Roots of Zhu Xi's Philosophical Thought combines in a single study two major areas of Chinese philosophy that are rarely tackled together: Chinese Buddhist philosophy and Zhu Xi's Neo-Confucian philosophy. Despite Zhu Xi's importance as a philosopher, the role of Buddhist thought and philosophy in the construction of his systematic philosophy remains poorly understood. What aspects of Buddhism did he criticize and why? Was his engagement limited to criticism (informed or otherwise) or did Zhu also appropriate and repurpose Buddhist ideas to develop his own thought? If Zhu's philosophical repertoire incorporated conceptual structures and problematics that are marked by a distinct Buddhist pedigree, what implications does this have for our understanding of his philosophical project? The five chapters that make up The Buddhist Roots of Zhu Xi's Philosophical Thought present a rich and complex portrait of the Buddhist roots of Zhu Xi's philosophical thought. The scholarship is meticulous, the analysis is rigorous, and the philosophical insights are fresh. Collectively, the chapters illuminate a greatly expanded range of the intellectual resources Zhu incorporated into his philosophical thought, demonstrating the vital role that models derived from Buddhism played in his philosophical repertoire. In doing so, they provide new perspectives on what Zhu Xi was trying to achieve as a philosopher, by repurposing ideas from Buddhism. They also make significant and original contributions to our understanding of core concepts, debates and conceptual structures that shaped the development of philosophy in East Asia over the past millennium.