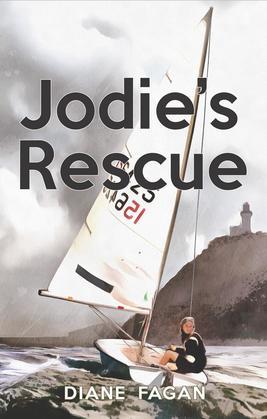 Jodie Jackson is a twelve-year-old girl, who lives with her father, above their boatshed in Serpentine Bay, Sydney, and faces the challenges of coping with the death of her mother, starting a new school, and living with an uncommunicative father.

She takes her new friend, Sarah Chan, out sailing in her little boat, and they visit the special places on the harbour where she used to go with her mother. They learn that the lighthouse is due for redevelopment, and Jodie is devastated. Seeing dead penguins floating in the water, Jodie tells her father, who reports it to the Parks and Wildlife Service.

Jodie works part-time at her grandmother’s New Age shop, and she learns about the spiritual world. One night, her mother appears to her, and takes her to Heaven World, where she is reassured that her mother still watches over her.

Her father discounts her experience, and in anger, Jodie sails her boat out on the harbour, and is capsized in a storm. She swims to Rodd Island and takes shelter at the old dance hall, where she sees the vision of a girl from long ago, whose photo she found under the stairs.

Jodie’s father rescues her and realizes he needs to be a more supportive father.

Because of Jodie’s information about the dead penguins, leaking poison from canisters, in the old laboratory on Rodd Island is cleaned up, and a new penguin colony is discovered near the lighthouse, so plans for the redevelopment are shelved.