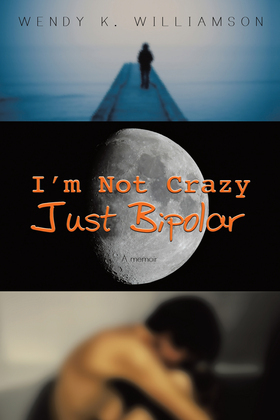 Just as a photographer might shoot a photo through a colored lens, Wendy Williamson skillfully holds up the filter of mania and depression for her reader to peer through. With heart-wrenching honesty and humor, she shows the effects of bipolar disorder on the mind, body and soul of those who suffer from it.


Publisher's Weekly says: "Williamson's prose is direct and thankfully not given to flowery language or circumspectness about her condition. The book is straightforward and the author achieves something difficult in a memoir: she remembers feelings from a period of her life, while still providing distance and perspective. Williamson's analysis of the mental health field and mental health professionals is insightful without being preachy, and she presents her story with grace and humor."

National Alliance on Mental Illness' The Advocate:
"skillfully weaves together several levels of a young woman's life... [it] is, like its title, an assertion that a life touched by bipolar disorder is still a life with its own logic. The book does a great job at describing that logic."