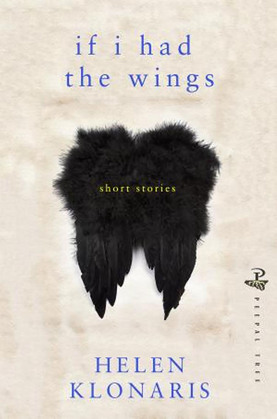 If I had the Wings

To be gay and growing up in the small GreekBahamian community, which feels its traditional culture and religious pieties are under threat, is fraught with constraints and even danger. The main characters in Helen Klonaris's poetic, inventive and sometimes transgressive collection of short stories confront this reality as part of their lives. Yet there are also ways in which young women in several of the stories search for roots in that tradition to find within it, alternatives to the dominant influence of the Orthodox church. These include attempts to make connections between their Caribbean lives and the figures and narratives drawn from Greek mythology. Klonaris focuses closely on family relationships, in particular the difficulty of father/daughter relationships ranging from over-bearing authority, absence and incest. Klonaris's characters are very much part of the wider changes in Bahamian society, including the presence of unregistered immigrants from Haiti, and the interplay between fear, repression, hypocrisy and resistance in the relations between the state, the churches and the LGBT community.