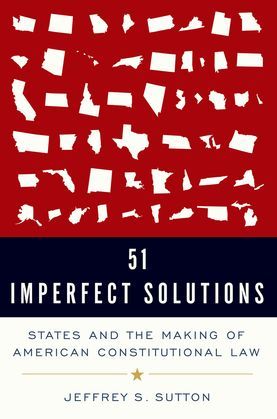 The book tells four stories that arise in four different areas of constitutional law: equal protection; criminal procedure; privacy; and free speech and free exercise of religion. Traditional accounts of these bedrock debates about the relationship of the individual to the state focus on decisions of the United States Supreme Court. But these explanations tell just part of the story. The book corrects this omission by looking at each issue-and some others as well-through the lens of many constitutions, not one constitution; of many courts, not one court; and of all American judges, not federal or state judges. Taken together, the stories reveal a remarkably complex, nuanced, ever-changing federalist system, one that ought to make lawyers and litigants pause before reflexively assuming that the United States Supreme Court alone has all of the answers to the most vexing constitutional questions.

If there is a central conviction of the book, it's that an underappreciation of state constitutional law has hurt state and federal law and has undermined the appropriate balance between state and federal courts in protecting individual liberty. In trying to correct this imbalance, the book also offers several ideas for reform.