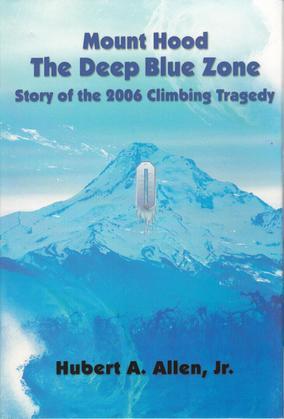 Mountaineering crossed a threshold in popular culture when it caught national attention on television in December 2006 with the live coverage of the search for three climbers lost on Oregon's Mount Hood. Literally hundreds of reports, camera crews, live segments, and talking-heads grew out of the week and a half effort. The story spiraled into leads on cable channels, network nightly news broadcasts and on morning talk shows. When the search was concluded the story disappeared from the televised media with many questions left unanswered and many miconceptions left in place. Inside these pages of Mount Hood, The Deep Blue Zone is the most credible story of what happened to these three men on Mount Hood. The author has pieced together the story using media accounts, verification with the search and rescuers, weather forensics and a re-enactment of the hike up to where the climbers spent their last night among other humans. Having experience climbing in winter conditions and on Mount Hood only enhance the credibility of the author's work.