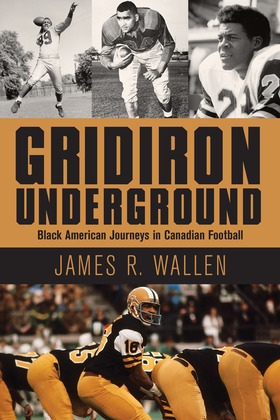 Canada couldn’t guarantee them greatness, but offered the freedom and opportunity they needed to achieve it.

1951: Johnny Bright, a standout quarterback at Syracuse, has his invitation to the national East-West all-star game rescinded when the organizers discover he is black. At his first pro football camp in Cleveland, they tell him the NFL is not ready for an African-American quarterback. 1972: Chuck Ealey, unbeaten in his college career, was never drafted after announcing he would only accept a quarterback position. That same year, after leading his college team to three bowl games and earning the best interception-to-attempt ratio in his state’s history, Condredge Holloway is only offered a twelfth-round pick as a defensive back. With the NFL insisting that a black player could not lead a team, generations of promising athletes were denied a chance to compete at the highest levels. But with their minds set on getting the recognition they deserved, many of them found that Canadian teams were ready to welcome them aboard.

Gridiron Underground traces the Canadian lifeline that brought talented African-American players who were overlooked, ignored, or prevented from playing football in their home country from the 1940s right through to the present day. These are tales of strangers in a strange land, forging new identities, overcoming obstacles in their path, and tapping into a rich vein of the human spirit that runs through the frozen football fields of Canada.