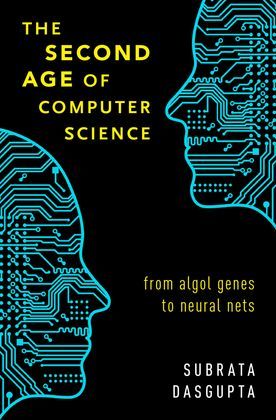 The Second Age of Computer Science

by Subrata Dasgupta (Author)
Non-Fiction Science and Technics Science Others

By the end of the 1960s, a new discipline named computer science had come into being. A new scientific paradigm--the 'computational paradigm'--was in place, suggesting that computer science had reached a certain level of maturity. Yet as a science it was still precociously young. New forces, some technological, some socio-economic, some cognitive impinged upon it, the outcome of which was that new kinds of computational problems arose over the next two decades. Indeed, by the beginning of the 1990's the structure of the computational paradigm looked markedly different in many important respects from how it was at the end of the 1960s. Author Subrata Dasgupta named the two decades from 1970 to 1990 as the second age of computer science to distinguish it from the preceding genesis of the science and the age of the Internet/World Wide Web that followed.

This book describes the evolution of computer science in this second age in the form of seven overlapping, intermingling, parallel histories that unfold concurrently in the course of the two decades. Certain themes characteristic of this second age thread through this narrative: the desire for a genuine science of computing; the realization that computing is as much a human experience as it is a technological one; the search for a unified theory of intelligence spanning machines and mind; the desire to liberate the computational mind from the shackles of sequentiality; and, most ambitiously, a quest to subvert the very core of the computational paradigm itself. We see how the computer scientists of the second age address these desires and challenges, in what manner they succeed or fail and how, along the way, the shape of computational paradigm was altered.

And to complete this history, the author asks and seeks to answer the question of how computer science shows evidence of progress over the course of its second age.