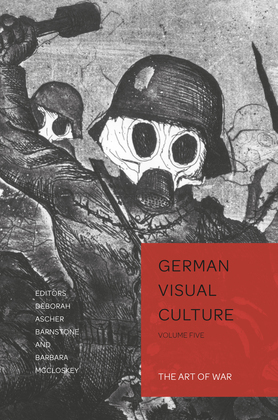 The Art of War

War and trauma are fundamental human experiences and central to German history, especially in the twentieth century. Since the First World War, which some Germans celebrated as the chance to annihilate the old culture to make space for a new one, German art has been implicated in war. War and trauma cause extreme conditions that can be negative and destructive, including deprivation or dislocation, and emotional and psychological stress. Paradoxically, war and trauma can also lead to positive outcomes, such as deepening interpersonal relationships, intellectual insights, and new, unforeseen opportunities.

The central concerns of the volume are the multivalent aspects of art that respond to war. It begins by considering art conceived of and executed in response to the First World War on the centennial anniversary of that event. The volume goes on to examine art in the wake of the Holocaust and artistic responses to more recent conflict, such as the Vietnam War. The essays in this volume explore a variety of media – including paintings by Otto Dix and Gerhard Richter, Holocaust photography by Heimrad Bäcker, and sculpture by Emy Roeder, Gela Forster, and Renée Sintenis – to chart the complex relationship between art and war in both its documentary and analytical functions.