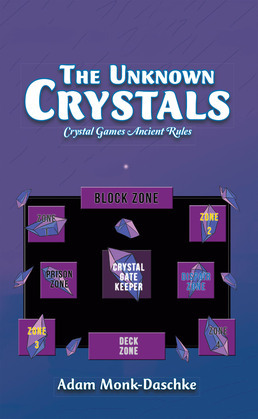 The Unknown Crystal cards game is a new playing card game based on the legend of the seven crystals. The legend was back when Shadow the Owl and Night the Owl battled for the seven unknown crystals. Now in the present, the Dark Creator designed the cards after finding one of the crystals. The crystal was smashed into pieces. A card was next to a smashed crystal. The card reacted to the crystal, summoning a monster from the card. The Dark Creator designed the card game with the help of the creature that was summoned from the card. The battle once again begins. Are the Dark Creator and the creature more powerful than Shadow and Night? You will have to read all the stories to find out.