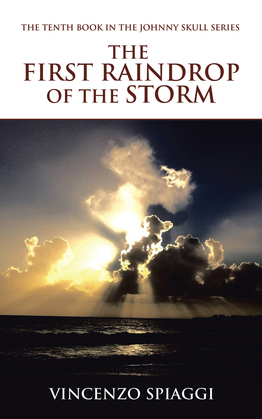 The First Raindrop of the Storm

Iran wants to start the end-of-days-war with the West. To that end, a plot is afoot to kill seven key world leaders, thereby forcing the West to respond militarily.

Twenty-two jihadists are on the loose in America, preparing to form an Iranian caliphate when the end-of-days-war ends.

Additionally, a host of Iranian operatives and sympathizers within the American government are aiding Iran in its attempt to turn the world to ashes.

Can Johnny Skull and his WI-7 teammates succeed in saving the world from destruction?

WI-7s road to success is circuitous, but the ultimate outcome will surprise even themselves.


Another exciting voyage into the world of war between the future and the past. Spiaggi has spun another classic spy thriller. A fast-paced tale of good versus evil, and how things always work out for the best if you just allow events to unfold by themselves.
Xenio Y. Zachariah, Literary Consultant