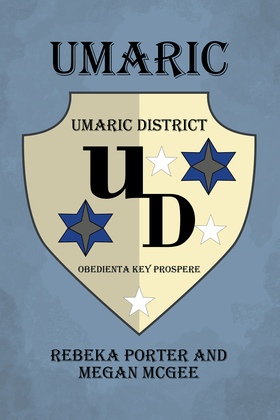 by Rebeka Porter (Author), Megan McGee (Author)
Buy for $3.99 Excerpt
Fiction Action & adventure Media tie-in
warning_amber
One or more licenses for this book have been acquired by your organisation details

Obedientia Key Prosperethe words that define the land known as Umaric. Starkly divided into the Wealthy District and the Poor District, Umaric is a place of oppression, intimidation, and fear.

Anora Russell, a woman from the Wealthy District, knows Umarics dark side and has worked for years to undermine its deception. Sharp-tongued and cynical, Anora is used to working alone until fate forces her into an unlikely partnership with Ezekiel Thoris, a man from the Poor District.

Ezekiel has experienced Umarics harsh reality firsthand. Striving hard to protect his sixteen-year-old sister, Charity, and keeping his assassin friend, Rell, from falling into despair, its all he can do to survive. But when fate brings them together, Anora and Ezekiel must join forces to destroy Umaric and its corruption.