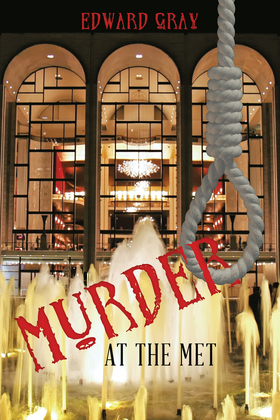 Murder at the Met

Twas the book I would had writ, had I known about the Metropolitan Opera

It should have been just another normal night at the Metropolitan Opera House in New York City. At least, thats what everyone thinks as the cast and crew prepare for the performance of Verdis Rigoletto, a favorite Italian masterpiece. But normalcy soon vacates the premises as a body appears swinging from the famed Mets chandelier.

The crowd panics as the investigation begins. Police swarm the scene and try to figure out how the corpse ended up hanging from the chandelier and who the man might be. Investigators soon come to realize that there is a lot more to this mysterious death than meets the eye. For instance, it appears the murder was staged, the victim hung at this popular location with purpose.

A legendary New York police lieutenant investigates in concert with an Italian police commodore. A young woman makes the shocking discovery that shes actually a rich heiress, and even a royal prince makes an appearance. So what is the meaning of the dead man at the Met? It will take some top notch sleuthing to catch this killer among a colorful cast that is nothing if not theatrical.