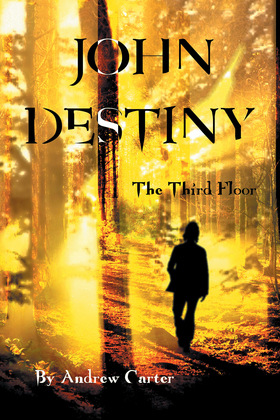 John is an everyday kind of guy who finds himself in all sorts of situations which could happen to any of us, although patterns seem to be forming for John. These situations include learner drivers, dirty socks, the toilet habits of Gabriel the dog, and a condom machine in the local pub!

Share with John the hilarity of the brothel, the stripper, the women he attracts, and the people he meets. Learn who the Mysterious man and the Tall man are and how they guide John through his awakening as he starts his expedition to realise his healing potential. Enjoy his successes as he learns to enter the silence and trust his intuition. Amongst the hilarity in this book, there is also sorrow, and between the two there is learning to be had. Follow John as he changes in so many ways and moves through his levels of consciousness to achieve his Destiny.