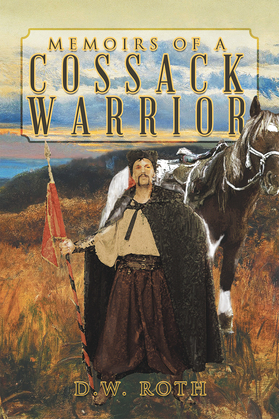 Memoirs of a Cossack Warrior

This Novel is based on a true story about, Lambert Roth, and his two brothers, Xavier and Michael. They immigrated from Germany to Russia in the 19th century in an effort to avoid a revolution. Their father obtained a homestead in Russia which was free to immigrant German farmers in an effort to help feed the starving Russian populace at that time.

The Russian Military quickly kidnapped the three brothers at gunpoint and forced them to fight in the notorious Russian Cossacks. *They were trained to kill or be killed and they lived and died by that creed. They were subjected to endless bloody battles over the next 6 years, narrowly escaping death on a daily basis. They continued to protest to the Russian authorities about their illegal abduction, and finally the were given their releases and visas to America and Spain.

Michael, the youngest brother, married Princess Isabella of the royal family of Spain. They lived a life of splendor until she was killed by an assassins bomb on the steps of the royal palace.

Sonja, a former fiance'e of Michaels', stopped by to visit him and learned of his wife's recent demise. A new romance soon evolved between them re-igniting a love affair that had never died.

The family continued their saga of love and life and were constantly blessed by God.