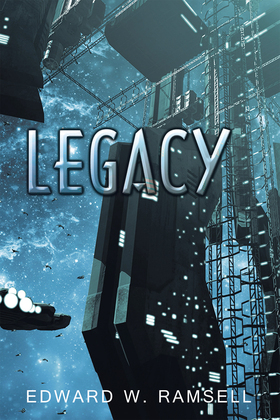 Dac Olson is CEO and Senior Vice President of factory space ship IPFTA / SBU Jobs. Its mission is exploration for commercial opportunities among the 400-odd worlds currently embraced by the conglomerate Corporation. The Jobs also carries freight, passengers, scientists, life support biologicals and whatever on its three-year transit through the Bubble, an empty void in space that allows for near-relativistic speeds.
Until now, extraterrestrial life was usually little more than intelligent lichens with occasional sentient critters about as bright as a hamster. Now the Jobs stumbles upon a gigantic pristine undeniably genuine by gosh alien artifact sitting on its own artificial planet, the first indisputably authentic proof of non-human intelligence. It was here in the Bubble where it shouldnt be, couldnt be. Thats why they call it the Bubble. Dac had to check it out.
The situation devolves from the initial euphoria over the find and the possibility of unimaginable riches for all hands, down to the mindless evil of the alien find and Dacs desperate efforts to avoid almost certain and complete destruction of the Jobs.
Those well-intentioned efforts backfire at every turn.