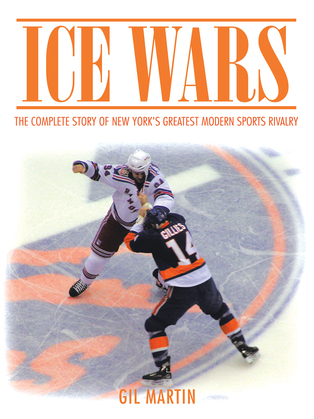 This book presents the complete history of New Yorks greatest modern sports rivalry: The battle between the New York Rangers and New York Islanders. More than fifty former players and broadcasters from both teams were interviewed for this book to provide the inside story of the battle between the Rangers and the Islanders. No modern rivalry in sports has quite the intensity and proximity of the Rangers-Islanders. Each game in the history of the rivalry is reviewed so fans can remember the great moments and stars that made this rivalry unique. Players like Rod Gilbert, JP Parise, Billy Smith, Phil Esposito, Denis Potvin, John Davidson, Bryan Trottier, Mike Bossy, Don Maloney, Barry Beck, Pat LaFontaine, Mark Messier, Brian Leetch, Glenn Healy, Wayne Gretzky, Jaromir Jagr, John Tavares, Kyle Okposo, and Henrik Lundqvist are profiled and featured throughout the book. This book is an invaluable reference for fans of both teams and hockey fans everywhere.