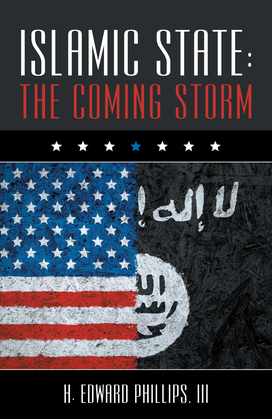 by H. Edward Phillips Iii (Author)
Buy for $3.99 Excerpt
Nonfiction Nature, recreation and sports Antiques & collectibles Military Iraq War (2003-)
warning_amber
One or more licenses for this book have been acquired by your organisation details

Islamic State: The Coming Storm is a critical analysis of the missteps made by the United States and Western Europe in managing and carrying out the war against radical Islam and the ramifications of our nations failure to act in a more forceful manner against this threat.

An understanding of our enemy is crucial to the development of a coherent policy to eradicate the threat posed by global jihadists, including the members of the Islamic State. In fighting this new war, the United States must align itself with Russia and its former republics. Difficult choices will need to be made to combat an enemy focused on spreading terror and destabilizing governments in the Middle East and Europe.

Unless the United States and its allies look to the historical causes of this conflict, understand and analyze the cultural and religious divide, and root out the genocidal practices of Islamic militants, the world will continually suffer horrific attacks at the hands of these groups. Simply put, terror will be the new norm.