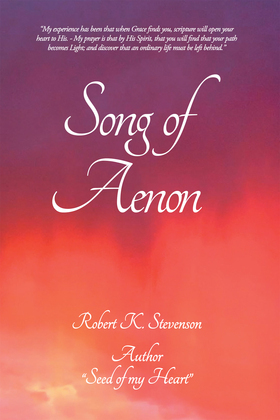 de Robert Stevenson (Autor)
Comprar por 3,99 $ Extracto
Ficción Cristiana Futurístico
warning_amber
One or more licenses for this book have been acquired by your organisation details

When one of the most significant events of human history occurs, the response is not unlike the first. There will be predictable bewilderment and confusion followed by outright unbelief and dismissal. This time the lone planet will be left to the children of confusion, an Ichabod generation whose self-righteous, self-inflected vision has walked them to the brink of eternity.

However, there will always be a remnant that catches a glimpse of the glory, longs for the breath of grace, and searches for truth in the Word. Such is Gordon Munroe, left alone on a mountain top in the final chapters of Seed of My Heart. The descent from the summit has led him into a new wilderness. Confused, bewildered, and in shaking disbelief, his choices now seem destined to send him on a path where normal life has been stolen away, and he is now caught between grace and judgment.

Something precious is gone in a moment, and he is there on the summit when it leaves. Covered for an instant by the light of lights, he hears a pulsing river of voices as his brother and friends step off the mountain. Those that vanished have answered the call with open hearts, are made righteous by faith, and are now given His glory. What was spoken, written, and promised has now been delivered.

Gordon now wallows in a new misery from the old life he left behind. Despite the descending darkness, he is about to learn that Gods Spirit is eternal, that His promises spoken and written are unchangeable, and that some remaining hope and healing may rest with a teenage boy whose spirit is stamped with an ancient promise and sealed with a song.