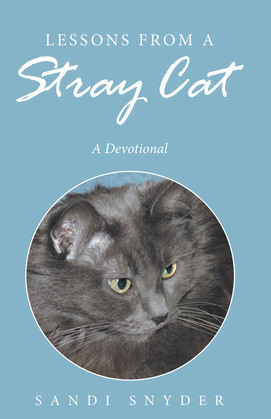 Lessons from a Stray Cat

She was trying to make it on her own.

She was just a half-grown, gray cat, apparently dumped at the side of the road. No one wanted her, and no one wanted the responsibility of finding her a home. The person who left her there probably carelessly assumed that she was old enough to take care of herself.

She wasnt doing a very good job of it...

The Snyder family already had a cat. His name was Jabez, and he had been adopted from a local animal shelter two years previous to the strays arrival. A second cat wasnt part of the Snyders plans.

When the small, stray cat entered their lives, the Snyders found themselves the recipients of the unexpected blessings of laughter, love, and lessons they would never forget.

Using a warm, conversational style, Sandi offers the reader a months worth of charming anecdotes about the two cats, each coupled with a Bible lesson that warms the heart. Young and old alike will delight in this devotional study.

As a special feature, journal pages are included in the back of the book, enabling each reader to record his/her own spiritual insights, thoughts, and prayers.