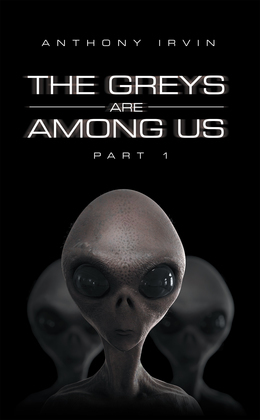 The Greys Are Among Us

Alex is a fourth grader who loves going to his Missouri elementary school, watching cartoons about heroes, gazing at the stars outside his window, and dreaming of what it would be like to live on another planet. As he begins to nurture a fascination with space and aliens, Alex has no idea of the adventure that lies ahead for him.

One day after Alexs classmates discuss the possibility of ghosts, aliens, and unidentified flying objects, he decides to embark on a quest with his friend, Carlton, to prove that UFOs are real. A few nights into their hunt, Alex sees something strange flickering in the sky. Now on a mission to tell the world of his discovery, Alex makes a speech after winning the spelling bee that shocks everyone. When the gifted Alex advances to middle school before all his friends, he makes a great effort to attain his goal of teaching others about extraterrestrials. But little does he know that something is about to happen that even he could have never predicted.

In this exciting science fiction tale, a Midwestern boy sets out on a determined mission to prove that aliens really do exist.