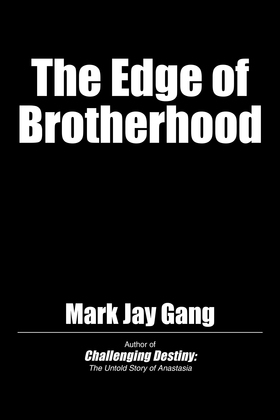 The Edge of Brotherhood

Akihiko, Marini, Tom, and Charles are four boys from four different continents, enrolled in an exclusive boarding school in Connecticut. They quickly realize they have things in common and share an affinity for martial arts and computer science. Theyre similar, but their subtle differences ultimately bring about their unique bond and make them a powerful team.

After they graduate from boarding school, these four young men are accepted to an Ivy League university where they remain together through college. One early morning during their senior year, there is a knock at their dorm-room door. Four men in black trench coats enter and announce an elite international military force has recruited the boys because of their special abilities.

Together, they travel to a remote, desolate compound to prepare for their first mission. Once the secret missions overseas begin, so does the real test of their loyaltyto one another and the agency. Beneath the veil of mystique, the boys adventures are filled with romantic interludes, deception, and violence. Soon, its a race against time filled with speculation and doubt.