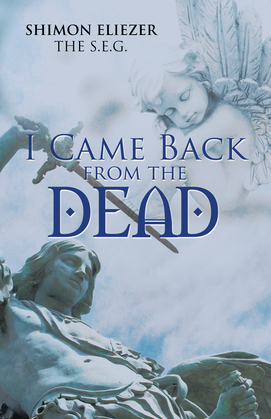 I Came Back from the Dead

It is March 2009 as a Jewish father opens his car door in a toy store parking lot and feels cold, hard metal against the back of his head. After David Hirsh turns, he looks his assassin in the eyes and begs for his life. But before he can finish, he feels a burning sensation in his chest and everything turns dark. Now, he helplessly watches from the after-life as his family receives the horrifying news of his murder.
After his assassin is killed by police and buried in an unmarked grave, his soul does not depart his body, but instead becomes embedded in his corpse. As his body liquefies into a dark puddle, it flows slowly toward an inferno where all damned souls are tortured and kept for an eternity. Meanwhile as David drifts between Earth and paradise, he meets other transitioning souls and finds the ability to comfort his daughter. When he finally begins his journey into the world of light, he has no idea of the rebirth that is in store for him.
In this unique tale about the human experience, two mens lives intertwine during a violent encounter, leading each to take different journeys through the after-life where separate destinies await.