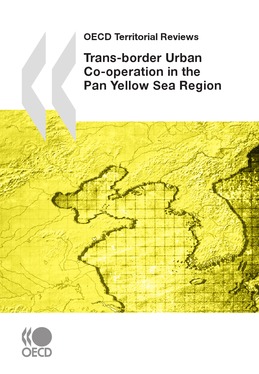 The Pan Yellow Sea Region (PYSR) covers the coasts of Northern China (Bohai Rim), western and southern Korea and south-western Japan (Kyushu). It has been one of the fastest growing economic zones in East Asia since China’s opening in the early 1990s, thanks to the region’s extensive manufacturing and transportation networks. Development has been driven by cities such as Dalian, Qingdao and Tianjin in China, Busan and Incheon in Korea, and Fukuoka and Kitakyushu in Japan.

However, the PYSR has yet not fully utilised its assets nor reached its potential for growth. Further economic integration has been hindered by excessive competition and inadequate co-operation within the region. The regional transportation system requires structural changes to be integrated, especially in the container transportation market. Deepening the region’s social and cultural network remains a challenge. And environmental concerns are increasingly attracting attention. This report analyses these factors and assesses a wide range of policies to improve the PYSR’s competitiveness and integration.

In particular, the report examines the PYSR’s trans-border governance system, which has emerged since the 1990s as a key regional policy agenda. The harmonisation of authorities within the region is a prerequisite to achieving economic success and addressing the PYSR’s diverse challenges. A comparative analysis of trans-border cooperation in OECD countries in Europe and North America is also included in an annex. This report will be of special interest to policy makers, researchers, NGOs and others active in trans-border development or Asian economic development.