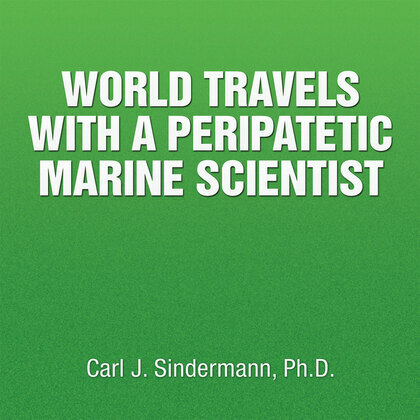 This is the 24th book about science and scientists published by Carl J. Sindermann, Ph.D. It describes in some detail many places in the world that he visited in connection with his roles as government science administrator and scientific authority in marine pathology during a long career as a research laboratory and center director with the federal government on the Atlantic Coast of the United States. During that period he occupied various active roles in international scientific organizations such as the European-based International Council for the Exploration of the Sea (ICES) and the Tokyo-based United States-Japan Natural Resources Panels (UJNR).
His research interests, while naturally concentrating on the Atlantic coast of North America, have been much broader, particularly with periodic oceanic phenomena such as disease outbreaks, which can be of worldwide occurrence. This book describes some of the travels involved in attempting to make the subject of disease in the oceans more understandable and to present the United States research favorably to the world scientific community.