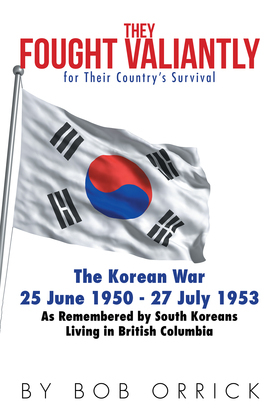 They Fought Valiantly for Their Country’S Survival

They Fought Valiantly for Their Countrys Survival contains the personal accounts of South Korean soldiers and marines who fought for the survival of their country following the North Korean sneak attack on South Korea that was the start of the Korean War 25 June 195027 July 1953. Inasmuch as a ceasefire or cessation of hostilities was signed at Panmunjom on 27 July 1953 and the shooting stopped, the Korean War remains very much in the forefront of world news as a declaration of peace has not been signed as the 2.5-mile wide demilitarized zone between the two Koreas attests in stark, menacing evidence.
The accounts that are contained within this book are real and reveal in clear prose the devastation, the pain, the agony, the danger, the fear, the betrayal, distress, wounds, death, turmoil, separation, and love of family that was the constant with these South Koreans as they stood in the forefront and stopped the evil known as communism and set in place the seed that culminated in the tearing down of the Berlin Wall a few decades later. The South Koreans who fought valiantly during the thirty-seven-month Korean War, stopped the spread of communism in the Far East. Truly, theirs was a heroic stand that the free world can applaud today.