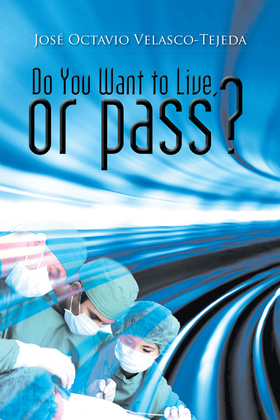 Do You Want to Live, or Pass?

Pedro Iturralde is attracted to complex things. He does not go thru life searching for them. But when confronted by them, his capacity of wonder wakes up, and he dedicates in heart and mind to master it, or at least to try to become proficient on it. Once he was invited to watch a Jai Alai game. He became absolutely amazed by the speed of the ball, and the incredible mastery that the players displayed. How could they, apparently so easily, retain the ball in such a weird basket, and throw it back at the wall by means of a forceful and elegant motion? In that moment, he decided to try, to turn himself into a pelotari.
Years later when playing a much competed championship game, he is struck by a heart attack. Rushed to a hospital, he undergoes heart surgery. Midway the risky medical intervention, he suddenly enters a bright tunnel and ends up in a beautiful place. He asks himself where could he be at. He listens a voice responding to his question, which, he learns, belongs to micron, a being from a very advanced civilization. Iturralde becomes interested in learning about the advances that they have acquired. Iturralde is able to chat with his departed family, scientists and other deceased personages that were of his interest on earth. At one moment, micron asks Iturralde if he wants to return to life, or stay there (Do you want to live, or pass?). Iturraldes option is to return to his family. micron, provides Iturralde with two irrefutable proofs that he, indeed, visited that location. When Iturralde, verifies that the proofs became true, he has the means to become an extremely famous and wealthy person. What he finally decides is unexpected, and is revealed at the end of the novel.