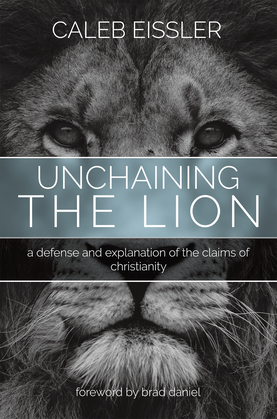 How can a good God allow pain and suffering?

Can we trust the Bible?

Is Jesus a copy of earlier pagan gods?

Is Jesus the only way to God?

What does the Bible actually say about

Did Jesus actually rise from the dead?

After living as a strong Christian for most of his life, Caleb Eissler began to seriously doubt the very beliefs he had so tightly held to. When he entered college, he began wrestling with these very questions. Eissler realized that Christianity had to answer these questions and more if it was to be taken seriously. Ready to walk away from his faith if Christianity was found to be false, he embarked on a journey to find the truth. After years of research, Eisslers faith wasnt just sustained, but transformed. He not only found the claims of Christianity to be true, but also to be even more amazing than he had ever imagined. Eisslers doubt, research, and soul-searching fueled a new passion to help others rationally think through the same questions he had encountered. Unchaining the Lion is the culmination of Eisslers research and passion. Unchaining the Lion sets out to bridge the gap of misunderstanding between Christianity and secular culture by laying out the claims and evidence for Christianity, while addressing countless objections and questions along the way. To non-believers, Eissler provides a coherent and easy-to-follow explanation of the beliefs and the defenses of Christianity, while challenging them on their presuppositions about the world, the Bible, and God. To Christians, he provides a solid and deep defense of the claims of their faith that will surely help any believer. Unchain yourself from the shackles of doubt towards Christianity as Eissler shares a truth that the world must hear.