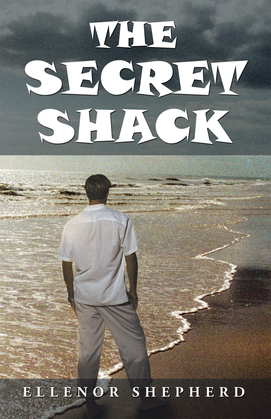 In The Secret Shack set in the Outer Banks of North Carolina, 2001, Shepherd spins a story of relationships. Two twelve year oldsLaney, a native, and Daniel, a summer resident, meet quickly, bond, and develop a sweet relationship that fills a void carved by uncaring parents. They spend their days either frolicking in the ocean or retiring to the shack that Daniel discovered, where he writes or Laney listens contentedly when he reads to her.

Laney is disappointed and hurt when she never hears from Daniel after he leaves at summers end. Five years later, he returns to reunite with her, only to disappear again almost immediately, which devastates Laney, who is unaware that a tragic car accident had taken his leg, his memory, and his identity.

Six years later, a young reporter named Speare, short for Shakespeare, arrives in Goose on assignment to expose a longtime covert operation involving the local Beach Patrol Officers. He is drawn to Laney, her six-year-old, homeless friend, Cassie, and this coastal town, experiencing a familiarity and a desire, for the first time, to search for his parents. Laney, unknowingly carries a deep, dark secret that endangers her life and will ultimately threaten Cassie.