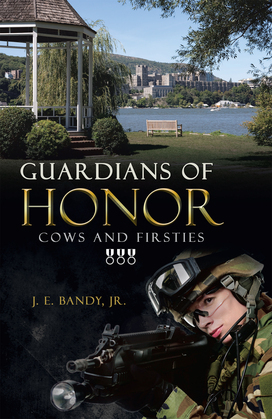 Guardians of Honor: Cows and Firsties


In a desperate race against time, the US Military Academy, Federal authorities, and the Israeli Mossad again enlist the assistance of Cadet Casey Sullivan in their covert war against right wing extremists seeking to use West Point as a springboard for the commission of unspeakable acts of terror against the American public. Casey, after two years of undercover work and hoping for a measure of normality, returns to complete her final two-years at West Point only to find that the radical Operation Patriot is bigger and far more deadly than anyone had imagined. Casey reluctantly agrees to continue assisting the authorities, but soon discovers she is in more danger now than she has ever been. As her confidence and skills as an undercover operative increase, the ethical and spiritual challenges facing her also increase, and Casey discovers that she has a new and illusive enemy; an enemy bent on her personal destruction. Guardians of Honor: Cows and Firsties is part three in an electrifying trilogy.

The Guardians of Honor series is a pioneering work of Christian fiction that examines the moral and ethical dilemmas faced by believers in the Intelligence community as witnessed through the eyes of female officers and cadets serving at the US Military Academy at West Point and beyond.