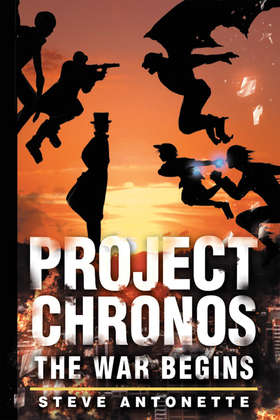 For years Charles Peterson, CEO of Chronos, has been patiently waiting for his scientists to perfect the superhuman process. Unfortunately now that they have achieved success, more problems are surfacing than answers. Anxious to give Normals what every Super takes for granted, he summons help from a few reluctant participants to capture Supers and gather their blood to replicate their impressive abilities.

Eric Pongo, an agent with the Super Being Unit government force tasked with keeping Supers in check, has figured out what Peterson is up to and is attempting to rally the few good Supers to help stop the CEOs plan before they are all caught. Meanwhile, Ami Marikone of the first Supers to go publicis pleading with the government and the SBU to bring peace to the Super and Normal communities. But as Super chaos unfolds and a battle begins endangering lives, now only time will tell if the government will side with the SBU and if all Supers will have to be sequestered on an island from which no Super has ever returned.

In this science fiction tale, a group of superhumans must fight to stay alive and free from those determined to steal their powers as the truth is slowly unveiled.