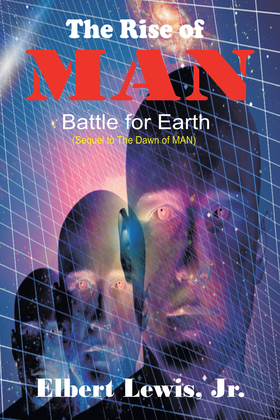 The Rise of Man

Biracials, Half-breeds, Mulattos and Mongrels
At times they were unwanted, ridiculed and ostracized by society. Many were abandoned at birth and forced to endure rejection and scorn for a circumstance of birth they had no say in. Nearly all of them struggled with the anguish of not being fully accepted by any race.

In the second decade of the 21st Century a twist of fate would change all of that and catapult them to the pinnacle of humanity where their heroism and sacrifice will become legendary.

After Logan, the first MAN, led the nuclear powers of Earth to a victory over the Hadaran expeditionary force he then set about preparing mankind for the return of the fierce aliens in far greater numbers. Only multi-race humans, those having the prerequisite diverse genetic make-up for enhancement to a super-human genome-adept by the Trans Cerebral Imprinter, will stand in the way of total domination and enslavement of the human race.

With the integration of advanced alien technology and Earths preeminent scientific minds, Logan builds an army of genome-adepts, the most lethal fighting force in human history and leads them in a desperate battle for Earth.