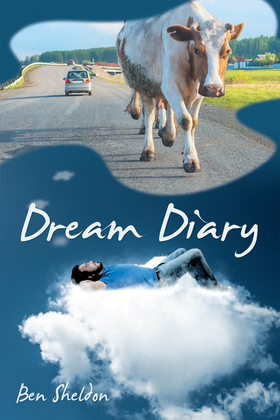 Ben Sheldons diary, which he kept over many years, takes you on a series of fascinating, fantastic, and unusual adventures that he enjoyedor suffered throughwhile sleeping.

Sheldon recorded his own dreams shortly after waking up, and hed listen to Adrians tales during morning chats while they were fresh in his memory. Some of the dreams are hilarious, others are disturbing, and some are downright unusual.

In one dream, Adrian is at a party when he passes Sonny and Cher having sex on top of a piano. The scene irks him so much that he says, How could you do this, with all these people watching? Sonny nonchalantly continues with his sex act, but they both seem bored. Cher is even chewing gum and blowing bubbles.

In another dream, the author finds himself in a drug-infested ghetto. All of a sudden, someone rushes over to him trying to give him a fix. He stumbles around before leaving in a hurry.

Whether you study, interpret, and evaluate dreams or want to enjoy a series of unexpected adventures, youll love the Dream Diary.